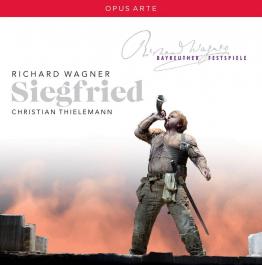 "Thielemann's conducting holds all in glorious Wagner...tremendous singing." (The Stage)

"...there is no doubt that this year's Ring at Bayreuth belongs to...Thielemann...[who] creates a musical experience epic in its scale and inexorable in its apocalyptic, shattering power." (The Guardian)