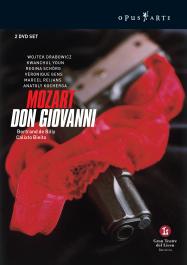 "The musical performance has its own distinction, as well as complete integration with the staging concept." (Gramophone)

"Musically much better than the London version  Véronique Gens makes a wonderful Donna Elvira, confident, strong, perfect both in her singing and acting." (El Pais)