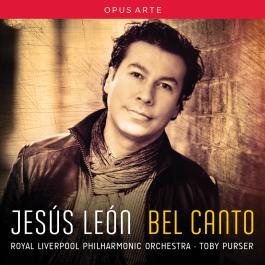 Acclaimed for his ‘extraordinary top notes’ (Guardian), Mexican Jesús León is one of today’s most exciting lyric tenors. Here he presents a selection of his favourite bel canto arias, uniting three giants of 19th-century Italian opera in a dramatic and expressive programme that reveals his sweetness, lightness and flexibility of voice.

"… his light tenor was mellifluous in its phrasing and even in tone." (Seen & Heard International - Don Giovanni (Garsington Opera))